Please keep our persecuted brothers and sisters in Christ in your prayers each day, that Christ might be glorified in their suffering.

The four gospels in the New Testament provide abundant examples of Jesus teaching his followers the cost of discipleship. Persecution by the world is part of what it means to be a Christian.

On some occasions, the stark reality of Jesus’s teachings come into such sharp focus that human experience seems to be nothing less than a dramatic interpretation of biblical texts. Recently, I came across such an instance.

The story below concerns a teenage girl named Debbie.  Debbie is from an area of Nigeria particularly hard-hit by the terrorist activities of the Islamic group Boko Haram. Debbie recently agreed to cooperate with the Hudson Institute and the Jubilee Campaign to work on behalf of the hundreds of girls who have been kidnapped in Nigeria.

Debbie’s story is a dramatic interpretation of the reality of Christ’s words to his followers in Matthew 10:32-33. 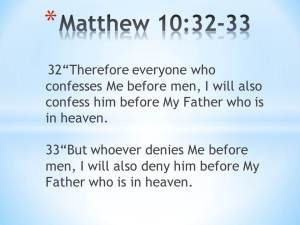 Please see the About & Doctrinal Statement tabs above for more information.

Life on the Narrow Path